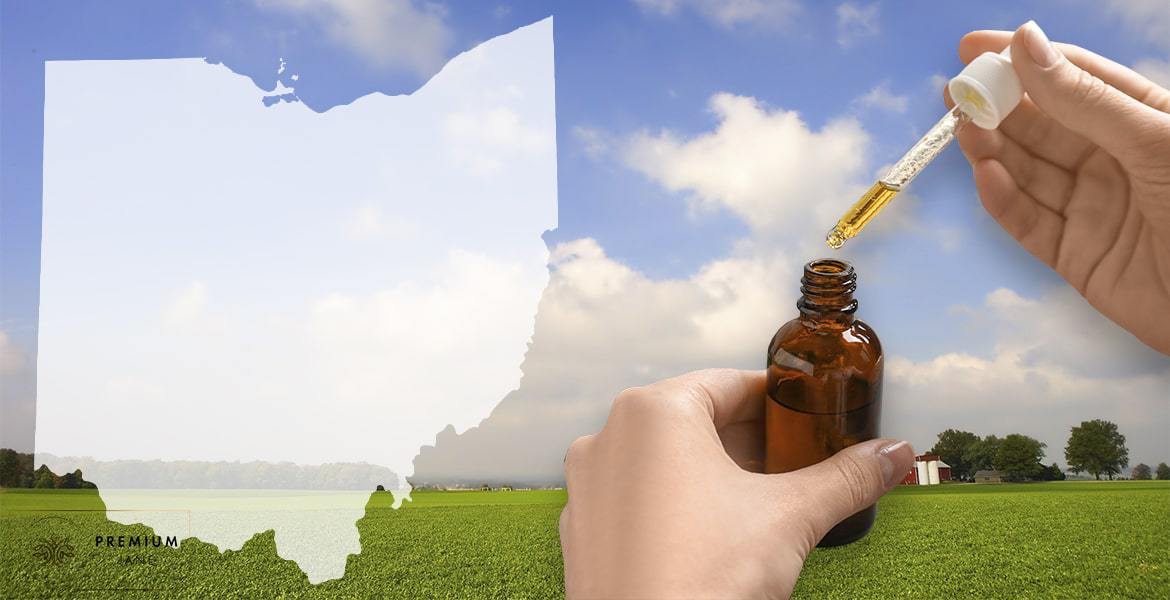 Everybody wants to know about CBD these days. Sometimes called by its “official” name (cannabidiol), CBD is one of the main compounds found in the cannabis plant (both hemp and marijuana). It’s non-psychoactive, meaning it doesn’t cause a high. Today, CBD is used for dozens of different purposes.

Most companies say that CBD is legal throughout the United States. However, things are a little more complicated than they seem. The Food and Drugs Administration (FDA) says it is working to determine more about the safety profile of CBD. They may draft regulations on CBD products in the near future. Until a statement comes out, CBD products remain easily available across the USA – including Ohio.

Regardless, let’s take a closer look at CBD laws in Ohio to find out what’s really going on, and how easily accessible good, quality products really are. First, though, let’s take a look at Ohio’s historical relationship with cannabis in general.

Attitudes Toward Cannabis in Ohio

Even though CBD is non-intoxicating, mant still associate it with the cannabis plant. After all, it is one of the primary active compounds found in this plant species. Most CBD products are made using industrial hemp, a variety of cannabis which contains less than 0.3% THC (the psychoactive ingredient). Nevertheless, laws surrounding CBD are sometimes based on or linked to laws regarding cannabis and marijuana.

Possession of up to 100 grams of cannabis is classed as a misdemeanor in Ohio, and carries a maximum fine of $150. Possession of between 100-200 grams can be punishable by a $250 fine and thirty days in jail.

Recreational cannabis use remains illegal in Ohio. There was a push for legal marijuana back in 2015, but it failed at the polls. However, in 2016, Governor John Kasich signed a bill that legalized the medicinal use of cannabis. It was approved in the state Senate and has allowed for the development of a medical marijuana program. The program enables adults with one of twenty-one qualifying conditions to access medical marijuana, but smoking it is forbidden. It must be consumed as an edible, oil, vapor, or patch.

There have been votes in several municipalities that show growing support for cannabis. This is partly due to spreading education about things like CBD and increasing demand for research. Recently, a considerable change was made at federal level regarding CBD, and it has led several states to craft their own laws regarding CBD products.

Is CBD Legal in America?

In 2018, the federal government officially made hemp (where many CBD products come from) legal under the 2018 Farm Bill. Historically, hemp had always been categorized along with other types of cannabis (i.e. marijuana), meaning it was a restricted substance (even though it contains minimal THC). Now, hemp – classified as cannabis containing less than 0.3% THC – is legal to grow with the proper licensure.

It’s not surprising that the government legalized hemp. For one, hemp is profitable. There are a countless number of things it can be used for. Secondly, authorities like the World Health Organization (WHO) claim that CBD is safe. They even compiled a detailed report in 2017 confirming the safety profile of CBD.

To summarize, CBD oil laws in Ohio are still a bit hazy – as they are across the entire USA. As long as hemp-derived CBD products contain less than 0.3% THC, however, they continue to be sold en masse in all 50 states. Let’s take a little closer look at CBD oil in Ohio specifically.

After the Farm Bill was signed, Ohio acted negatively. The state threatened to crack down on retailers selling CBD since Ohio itself hadn’t declared the substance legal.

But in late July 2019, Governor Mike DeWine signed a new bill which officially legalized hemp and CBD. This was a massive relief for much of the Ohio CBD industry and for retailers that were already operating in the state.

It is now legal to sell properly inspected CBD products in Ohio.  [However], the Ohio Department of Agriculture (ODA) wants to test CBD products for safety and accurate labeling before [they are] sold to Ohio consumers.

The new law took effect immediately. This meant that the sale of CBD products could begin straight away. However, growing hemp will take longer. Agriculture officials still have to draft up rules for growing hemp in the state. Apparently, $12 million will be required in order to get the hemp program up and running. Agriculture experts within the ODA will have to determine how much growing licenses will cost, and who will be allowed to grow it.

What can Ohio residents expect?

For now, Ohio residents can rest assured that CBD is legal. The products need to contain less than 0.3% THC, which is in line with federal law. Those seeking a high-THC product must qualify for the state’s medical marijuana program, and obtain these products from a licensed dispensary.

Ohio officials intend to implement a lab testing program which will keep consumers safe. At the moment, they are checking out brands to see if anyone is making unverified medical claims. The repercussions for companies selling inaccurately labeled products in the state are unclear.

If you’re looking to buy CBD oil in Ohio, you have the option to do so online or in a brick and mortar store. More physical retail locations will probably spring up thanks to the new law, but many consumers prefer to browse the vast range of products online. Whichever you choose, be sure to look out for lab reports provided by the brand, and stick to purely low-THC products.

Final Thoughts on CBD in Ohio

CBD is finally legal in Ohio! The state has become the 46th to legalize hemp farming, and CBD has also become a legal substance as a result. Slowly, confirmation of legal CBD is rolling out around the country, bringing states in line with federal laws that allow for legal hemp cultivation.

If you live in Ohio and are looking to buy some CBD, make sure you are purchasing from a reputable brand. The state plans to implement safety measures and testing programs, but until these are in place, it is crucial to be aware of what you are buying. Always look for third-party lab reports, and do plenty of research before purchasing CBD online in Ohio.

Pineapple Express CBD Terpenes: The Real Deal or a Gimmick?

CBD Honey Sticks: Why We Love Them

Exploring the Benefits of CBD Tea [And How to Make It]

CBD Salve: How to Use a Salve Effectively

The Difference Between Hemp and Marijuana

Which CBD Product Is Best for You?

Which CBD Product Is Best for You?
Take a quick quiz to find out
Start the quiz
Subscribe
Stay informed
Get the latest updates on our products and promotions.
This product was added to your cart
Continue Shopping
Go to cart
Cookies & Privacy
We use cookies to ensure that we give you the best experience on our website. If you continue to use this site we will assume that you are happy with it.
Read more
Accept